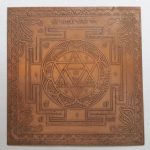 As a young girl around the age of five, I felt that my given name Gail was not my real name.  It didn’t feel right, the vibration felt wrong.  Often I would ask my mum why she had given me the name Gail and her reply was always the same.  She and my dad had liked it because they felt it was a quiet name that had a strength about it.  I was less than convinced and just felt I had been given the wrong name.

On the last occasion, while questioning my mum for the umpteenth time on how they came to give me the wrong name, she asked me “What would you like to have been called?”  This question stopped me in my tracks as I had never considered it before.  It was an interesting question and one I am sure my mum was happy she had asked, because it stopped me pestering her for an answer I would find more satisfactory than the one she had given me.

So I began an extensive search for a name that felt right.  I tried many names, names from songs, names from characters in books, names in overheard conversations and the names of my friends and their siblings.  Some I would dismiss after a moment’s thought others I adopted for a while but they all eventually fell by the wayside.  No matter how hard I searched no name felt right.

As the years passed and I grew older, I lived with my given name Gail; all be it uneasily.  I remember a conversation with my aunt, at the age of 18.  I felt that it might have been easier if I had been called Abigail, because I could then shorten it to Abi.  This was at a time when I was moving to London and it would have been a good opportunity to be called by another name.  But Abi wasn’t my name either.

I eventually found myself living with the name Gail and the search for my real name faded as my life moved forward.

In my late thirties I found yoga and began this journey of self-discovery through these beautiful practices.  My yoga teacher was inspired by Satyananda Yoga and taught in that style.  The practices instantly struck a chord with me and were creating positive changes within my life.  When it was announced that Swami Satsangi was coming to the UK for a four day symposium I jumped at the chance of going.  I had decided that if Diksha (initiation) was offered I would ask for my mantra and dearly wanted to ask for my spiritual name too.  There was a chance that I may only be given mantra, as a spiritual name was usually given with Sanyas initiation (an initiation that requires a deeper commitment to cultivate various positive attitudes to living).  After a period of contemplation, I decided to ask for my mantra and my spiritual name and I would accept with a gracious heart whichever was bestowed on me.

The night before my initiation as I lay in bed a sudden and awful thought hit me… what if I did not like my spiritual name?  What if it felt wrong?…

The following day I received my mantra and spiritual name from Swami Satsangi in a beautiful Diksha ceremony.  It was an amazing experience and one that will live with me always.

After the ceremony I opened my initiation booklet and there written in blue pen was my mantra and spiritual name.   The handwriting was large and flowing and the name written looked like ‘Sayotri’. I repeated the name over and over and it just felt ‘flat’ and ‘uninspiring’; it didn’t feel like a spiritual name.  My teacher offered to look at the booklet and after a moment she said “It says Gayatri “… the ‘G’ had a tail which had made it look like an ‘S’ and the second ‘a’ looked like an ‘o’.  As soon as Gayatri had left her lips, I felt with every fibre of my being that I had found my name.  It had taken me nearly forty years but I had found it.

My name is Gayatri